H1N1 in Cyprus – Will you get vaccinated?

Starting October 5, Cyprus gradually began receiving the H1N1 flu vaccine. Minister of Health Christos Patsalides announced that vaccinations will begin after October 15. At that time the European Pharmaceutical Organisation will give the final approval for the vaccine.

The government estimated it will receive vaccines for 400,000 people covering 50% of the population in Cyprus. Patsalides said vaccines will be available firstly to the most vulnerable groups: children, pregnant women, elderly and those with compromised immune systems due to HIV, cancer, diabetes and other diseases. However, only a small number of people have been tested with this new vaccine so no one really knows how safe it is. Patsalides was asked what will happen if the WHO does not secure the safety of the vaccination and he ensured that every country has its own safety measures and “every country will be able to use its own criteria of national security to use the vaccine.”  What that really means I am not sure!? What is the criteria? National security? The fact remains that the vaccine has not yet been widely used. If you have total faith and trust in the government and the Ministry of Health then you have no concerns, but like many of us, we have questions and concerns.

Do you feel that the H1N1 vaccine is safe and properly tested? With the number of cases growing, do you think the media is over-exaggerating the seriousness of swine flu? Since seasonal flu is estimated to kill a comparable number of people are you more scared of H1N1 rather than seasonal flu? Will you get jabs for both or none at all?

As for my family, my wife and kids got the seasonal flu vaccine already but we will wait until the second round and most likely will not get the H1N1 vaccine unless things change. We will take common-sense precautions such as avoiding crowded indoor activities (if possible) during winter especially when central heat is on, vigilant handwashing, we will not rush our children into a doctor’s office or ER without observing the kids and calling first. You would likely expose yourself to the illness by going to a crowded doctor’s office when all you might have is a common cold!  Most people will recover on their own if there is no underlying medical condition. My personal opinion is to not panic and use common sense!

Share your thoughts – do you know anyone that contracted H1N1? What is your “action plan?”  We’d love to hear from you.

Summer Safety in Cyprus – Getting Ready for the Heat and Beach

H1N1 in Cyprus – Will you get vaccinated? Seasonal Flu Shots or not? 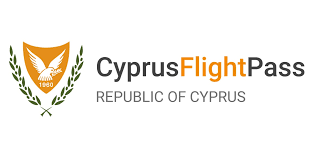 By: Patricia Winter   - Which one of the following would you prefer 1) a “grab and...
Continue reading
by Cleo Shahateet

Here are the most recent news and an update to my last H1N1 post. After all the announcements by...
Continue reading
by Cleo Shahateet