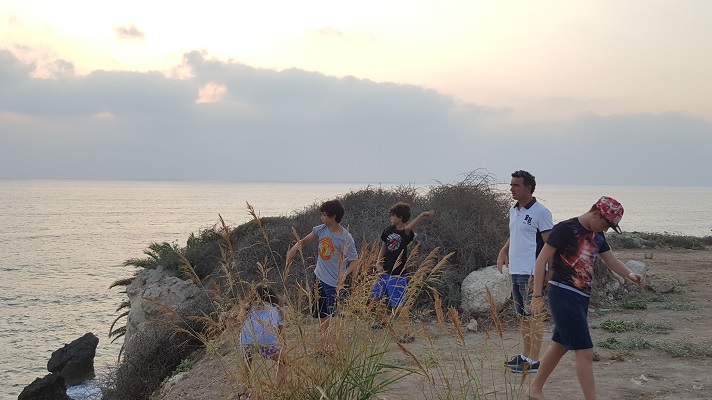 A friend of mine recently wrote this Post on our sister sites Blog About Living in Cyprus as A Foreigner. My friend is Russian so I HAD her Translate the article to English below.

Moving to a new place is always hard because you have to adjust to a completely new environment and leave your past behind you. Living as a foreigner in Cyprus can be quite tough if you are not accustomed to some of the islands traditions, habits and hazards. There are many things that you have to keep in mind when you decide to move to such a small community.

Firstly, consider where you live. It can be fair to say that Paphos and Larnaca are British-loving towns; both with two English schools and British bases in Dekelia, anyone English speaking will easily find their way around there. Limassol is a more Russian dominated place – many of those who come from the ex-USSR have chosen to live there, hence the large number of Russian restaurants, shops, etc. Finally Nicosia is a mix of many nationalities: being the capital and hosting most of the islands universities it is open to anyone of any origin. In fact, the Cypriot people are not xenophobic at all, the only nationality considered persona non-grata in Cyprus is the Turks, due to a long history of conflict.

From personal experience, I can say that the climate change can be quite hard. Moving from cold, always busy and full of life Moscow to small and very, very hot beach-town Larnaca was quite shocking. But hey, who does not love the sun? Also distances were made so much smaller and life so much more calm, every minute spent in Cyprus is pure bliss in comparison to a hasty big city.

Every town welcomes tourists and foreigners alike, since Cyprus in an offshore zone which is a big attraction for foreign businesses. Almost everyone speaks very good English, so do not worry about not being understood. Property developers are happy to help you choose your dream home, and what is more important they will translate all the documents into your requested language. There is also no job prejudice, which means that any foreigner can rely on fair competition – meaning their nationality plays no role in the application.

I have to say that Cypriots are very friendly people, which is not surprising after being exposed to millions of tourists every year. However if you are planning to permanently reside in Cyprus you have to make a choice – either you become a “foreign Cypriot” which involves learning the language with a heavy Cypriot dialect, cooking traditional food and mingling with the Cypriots, or you find your native community and stick with them. Of course one can handle both at the same time, but I would strongly advise learning the language and adapting to Cypriot culture, it will just make your life so much easier.

If you prefer to communicate with those who share the same nationality as you however, its fairly easy to find communities and groups of people who speak the same language and join them. For example, Larnaca has it’s own British radio, an English language newspaper, a book-reading club for English speakers and many, many other activities one can enjoy with those who he or she feels comfortable with.

Being completely fair and honest, however, the anti-foreigners groups have to be talked about. They are a small minority but they do exist- and they can be split into two categories. The first ones have not been exposed to any other culture than their own and therefore wrongly believe that the worst stereotypes apply to every person of a certain nationality. The others just moan about how Cyprus is Greek and has to be populated only by Greeks. Like I said, these are a minority and chances are you will not come across even one during your lifetime in Cyprus, but forewarned is forearmed. Enjoy!

For hiking enthusiasts that want to learn more about trails and another side of Cyprus check out...
Continue reading
by Cleo Shahateet