It is carnival time in Cyprus!  The town crier announced the Carnival’s arrival all around Limassol spreading the word and setting the mood for a fun-filled time! Carnival was celebrated in ancient Greece and organized in honor of the god Dionysos. Ancient Greeks got dressed in various costumes, wore masks, played games and had feasts that lasted for days. The custom and traditions are still going strong today. Carnival in Cyprus is a two-week period of celebrations with a focus on food, festivities, and games before the 50 days of fasting before Easter.

The first week of the Carnival is called Meat Week or “Kreatini” since it is the last week for eating meat before Easter. The second week is known as Cheese week or “Tyrini.” The last Sunday of Cheese Week is the highlight of the Carnival.  This is also when the Grand Carnival Parade takes place in Limassol. “Green Monday” or also sometimes called “Clean Monday” always follows the 2 week Carnival festivities which is also the first day of Lent and a National holiday in Cyprus and Greece.

During Cheese week, you will find many seasonal and fresh specialties such as the Greek pastry “bourekia” which is filled with mint flavor cheese or other delicious sweets such as “daktyla”and “kandaifi.” Cheese ravioli is popular at this time and also a pumpkin filled pastry that is not quite as sweet as the others mentioned above. Many Cypriots will pack a picnic on Green Monday and head for the countryside where their picnic feast will include vegetables, olives, bread, salads, local wines, beers, and other drinks. You will see the skies filled with kites which is a site to see and island-wide tradition.

Carnival festivities begin on the Thursday of Meat Week. Highlights of the festival include the entrance of King Carnival, the Children’s Carnival Parade, the Serenaders’ Parade, and the Grand Carnival Parade in Limassol. Festivities take place in towns all over the island, Limassol hosts the most famous celebration and has the most festivities. Larnaca and Paphos also offer impressive parades, fancy dress parties, and town decor.

Green Monday is a public holiday in Cyprus and Greece and it signifies the beginning of Lent and fasting before Easter – no meat products are consumed until Easter Sunday.  After the costume parties, street parades and festivities that took place throughout Cyprus, Green Monday is a day where families and friends gather outdoors with a feast of traditional fasting foods such as a variety of fresh vegetables and traditional loaves of bread. One of the most popular national dishes in Cyprus is fasolada.  Young and old alike enjoy flying and watching kites high above their heads.

A few “rules” to follow this year include where and how high kites can be flown, especially near the Paphos and Larnaca airports. The Forestry Department has let the public know not to uproot any wildflowers as there are many protected species in Cyprus and picking them incurs a hefty fine. Lastly, and not a rule but something to be aware of is that fresh produce has seen a substantial price hike in anticipation of the holiday so don’t be surprised if your grocery bill goes up temporarily!

Despite the warnings, Green Monday is always a fun day for those who participate, picnic and fly kites and for those who just stroll the beaches and watch the activity.

Whatever you do enjoy the carnival parties and Happy Green Monday everyone! 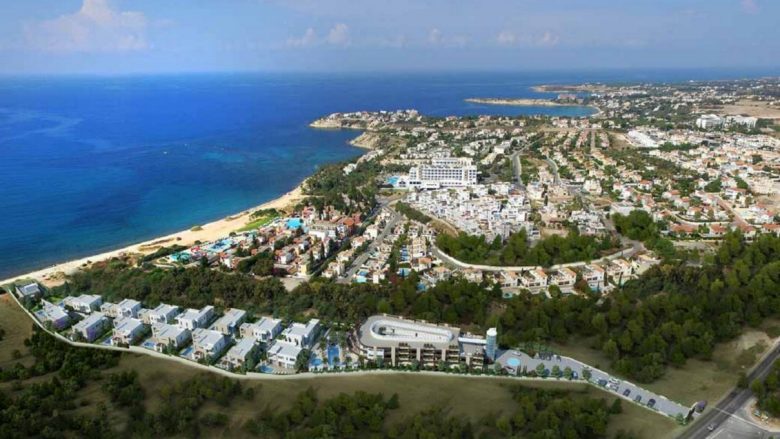 Now that the New Year is underway, everyone can start planning their Easter and Summer holidays!...
Continue reading
by Cleo Shahateet